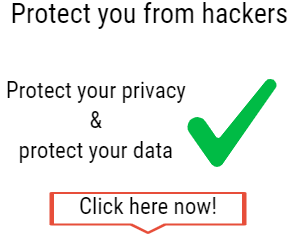 When Anna Hunt starts eighth grade at East Middle School, she soon realizes there’s something strange going on. Rachel Riley, once a key member of the popular crowd, is now shunned by everyone. When Anna casually inquires about why, she’s met with awkward silences and angry looks. An aspiring journalist, Anna decides to investigate What Happened to Rachel Riley? Peer pressure, sexual harassment and the struggle to do the right thing collide in Claire Swinarski’s timely and inspiring feminist middle grade novel.

What Happened to Rachel Riley? is dedicated to “eighth grade girls everywhere,” and Anna’s older sister validates Anna’s emotions by telling her that “eighth grade sucks.” What was eighth grade like for you?
Eighth grade stank. Ha! I don’t know many people who look back fondly on their middle school years, and it makes me sad. Like so many other women, my middle school years were full of backstabbing, gossip and hurtful interactions. I wish I could be more positive about it, and there are a handful of memories I can look back on with joy. Because the year was so hard, those stand out all the brighter. But overall, I certainly struggled in middle school. There were so many moments of feeling awkward and left out. And we didn’t even have smartphones!

The novel is told not only through Anna’s narration but also through text messages, notes, emails, flyers and transcripts from the podcast Anna creates. Did you incorporate these formats into the book from the beginning?
The unique formatting of the book was there since the very beginning. I’ve always wanted to write a book in this type of multimedia format. I feel that it lends itself so well to mysteries. As characters try to solve a complex question, they aren’t just talking to people. They’re also looking at documents, using search engines, sending emails. . . . It also just makes sense for a middle grade book in 2023 to feature text messages and social media comments, since that’s how so many kids communicate these days.

What was challenging about writing a book with this format?
The most challenging part was coming up with unique, original ways to share information. I could have done all emails, or all text messages, but that would have gotten pretty boring pretty quickly. That’s why there are things like police reports, podcast transcripts and Christmas card letters too. Landing on the perfect idea for how to transmit information always felt great. The design team knocked it out of the park. When I first saw the illustrations of things like a crumpled-up birthday party invitation, I literally squealed with joy!

Anna’s family, from her parents and older sister to her grandmother, who lives in Poland, play such a big role in her life. Middle grade novels often relegate their protagonists’ families to the background, but you made them a vital element of Anna’s story. Why?
When I was in middle school, my family played a huge role in my life. As a 13-year-old, you have so little say in so many aspects of your day. You aren’t deciding whether or not to go to school, or what classes to take, or what to have for dinner. You aren’t deciding who you live with or even which bedroom is yours! So I find that family units have to play a large role in a great middle grade story.

Beneath the veneer of school spirit at Anna’s new school lies a troubling secret that involves peer pressure, bullying and misogyny. Anna soon discovers that the pressure to treat it as no big deal is intense and unrelenting. What drew you to exploring this subject for middle grade readers?
I very clearly remember being a middle schooler and desperately wanting to come across as laid-back. You were supposed to laugh everything off—mean jokes, bullying and sexual harassment. If you took anything seriously, you were labeled as uptight or a drama queen. It was better to be literally anything else. I got to thinking about why that was and wanted to explore it in a story. Why is that particular age group so obsessed with not making waves in social settings?

Two of my favorite characters in the book are the founders of a club based on global issues. In our current time, we see a lot of middle schoolers getting passionate about huge political topics. They want to be activists, and if they’re fighting for good causes, that’s fantastic. But sometimes the best way to change the world is to change the hallway. Shedding that fear of being seen as dramatic, especially for girls, can be step one.

What would you say to an adult who thinks that middle grade books shouldn’t include the kinds of subjects, experiences or emotions depicted in this novel?
As a mom, I completely understand wanting your kids to be surrounded by books that are good and hopeful. I think it’s a mark of an invested parent to be concerned with what media your kids are consuming. At the same time, we can’t understate how important it is for kids to be surrounded by books that represent a true depiction of the world they live in.

No matter what your schooling situation is, your middle schooler is more than likely going to witness, perform or receive sexual harassment. How are they prepared to handle that? Stories can be a safe space to work out those kinds of conversations together. Wouldn’t you rather be the person talking about that with them, versus whatever they’re going to pick up from friends or TikTok? I know I would be.

Kids can often handle more than we give them credit for. The middle schoolers I know are smart, passionate, and curious—just like Anna. What they need are adults who are ready to have these kinds of conversations with them.

Anna eventually realizes that being brave and speaking out might give her classmates the courage to do the same. What do you hope young readers might take away from this part of her story?
Telling the truth is a brave act. But it’s also about how we tell the truth. What are we hoping to get out of it? Anna’s goal isn’t to ruin anyone’s life or to shame anyone. It’s just to help people see the error of their ways and correct them. Also, Anna doesn’t have all the answers. She takes the posture of a learner throughout the book, bringing in adults she trusts to help her.

I hope young readers walk away from What Happened to Rachel Riley? knowing that it isn’t enough to want to be a change-maker or to want things to change without taking any action. You have to make the change in a way that’s positive and kind and truthful, and then you have to stay hopeful when there are bumps in the road. That staying-hopeful part can often be the trickiest bit. But it’s essential.

This article was originally published by Bookpage.com. Read the original article here.

The Love You Save

On the Radar: Last seen in Lapaz